Steve Machtley, the college’s director of infrastructure services and customer care, leads an IT team that struggles with a familiar problem — trying to do a lot with a little. His team tackled big projects on top of an already heavy workload of routine tasks, which means they need a great system to track projects and collaborate to deal with unexpected situations or else things can fall through the cracks

Machtley tried Basecamp, a web-based project management platform, for several years after he joined the medical college in 2006 in a different position, but it “never fully met our needs,” he says. By 2010, Machtley was actively experimenting with other alternatives, including Microsoft SharePoint, but it had the major drawback of requiring a dedicated administrator and investment in new infrastructure.

Machtley found out about Redbooth in 2011 and says it helps his teams “get the impossible done with limited staff resources.”

“Over the next year, I transitioned all of our projects to Redbooth because it was difficult managing a portfolio from multiple tools. I really liked it best of all,” he says.

When he first started using it, he found Redbooth more valuable as it added new features and integrations because it could be used for collaboration in tandem with other resources, such as Box Enterprise and Google Drive.

His teams found Redbooth helped them get their projects organized and moving forward, for example, by being able to associate files and discussions with specific tasks.

He’s a big fan of Redbooth’s online workspaces, which encourage constant communication and collaboration, for making sure each project runs smoothly.

When the college made a significant investment in new equipment, which included installing new storage, server and backup equipment across two new data center facilities, Machtley relied on the online workspaces to make the overall project run smoothly and collaborate with the various central campus IT teams required to pull off the installation.

“I had a very small team working on this while having to keep our existing environment operating and addressing other new project requests at the same time,” he says. Using Redbooth, he and his team were able to sort tasks in order of priority or operational order, and not become overwhelmed with a giant list of to-dos.

Machtley already subscribes to a popular personal productivity system: David Allen’s Getting Things Done methodology, which encourages people to continually refine their personal to-do lists in a way that allows them to adapt to changing plans, take advantage of emerging opportunities and generally stay organized.

Machtley finds his team’s productivity has changed like night and day before and after using Redbooth, which he says scales the benefits of David Allen’s Getting Things Done method from a personal to an organizational level.

Redbooth lets his team reap the rewards of this personal productivity system by scaling it to the organizational level, he says.

It’s a night and day difference when it comes to his team’s productivity, Machtley says. “We’ve been able to get the impossible done, with limited staff resources, because we have a tool that allows us to break things down into discrete tasks.” 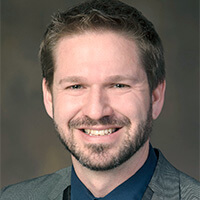 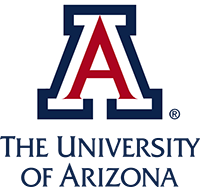