El Tiempo is Colombia’s largest daily newspaper where the teams responsible for its online presence are perpetually busy as their ...

El Tiempo is Colombia’s largest daily newspaper where the teams responsible for its online presence are perpetually busy as their paper has the most-viewed site in the country. The paper also has 10 additional publications under its umbrella.

Christian Camilo Garavito Gavira leads the paper’s visual interface team and says citizens look at only their website and the popular social media platform Facebook first thing in the morning.

Luisa Fernanda Pinto Arce leads the UX team and says it’s the most important thing for the organization to have the news quickly.

The teams needed to find a way to stay nimble and react rapidly to anything that came their way.

The design teams used spreadsheets and email to co-ordinate and stay organized, but it came at the cost of efficiency.

Knowing that the digital world provides solutions to every problem, Luisa says they started to hunt for a better way to work.

Voting for a change

The teams looked at several options, but a vote from team leads from Luisa, Christian and one other team selected Redbooth.

The leads liked the software’s ability to simplify their lives, offer a rich, high-quality user experience and provide exceptional value.

They brought 30 team members onto Redbooth and started collaborating on the platform, all while watching closely for what benefits it provided them.

Before Redbooth, Luisa spent most of her day in meetings writing down tasks to assign her team in a little sketchbook. At the end of the day, she’d finally get back to her desk and delegate – often leaving the office very late.

She switched to Redbooth’s sleek iPad app and says she could immediately delegate tasks during the meetings.

“For me, this has been a huge change. Now with Redbooth, I have total control of my team’s tasks.”

They created individual workspaces for each of the 10 periodicals they work with, Christian says, where each task list is a mini-project.

It’s now easier to follow the progress of important projects and have better transparency and visibility on teams. Christian says Redbooth gives employees the ability to make changes in real-time, so he always knows what his team is doing.

“The communication is faster and better.”

Luisa says the software has saved her a lot of time. She estimates that as a team lead, Redbooth saved her two hours a day or over 40 hours monthly. With an eight-hour workday, that’s a 25% time savings overall.

Much of her time savings comes from no longer getting stressed out by seeing 500 emails in her inbox, as Redbooth has substantially reduced that number, she says.

She’s also better able to process the emails she does get as she knows most of it is about the organization or external. If it’s related to her design job, it’s on Redbooth, she says.

Luisa’s not the only one with more time.

Christian says Redbooth has made his team more efficient and better at communicating with other departments, like IT.

“Now we can focus on our shared goals and leave behind the differences we may have had before. We’re in the same conversations and the same tasks. We’ve minimized how often we have to go back and start over.” 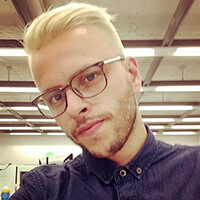 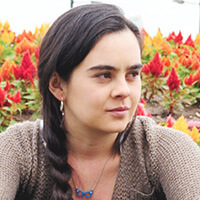