Tulane University Medical Group, the clinical practice group for Tulane University School of Medicine, works to create a smoothly running and collegial practice environment so its more than 400 physician members can focus on the quality of care and teaching.

In order to qualify for federal incentives worth about $1.5 million annually under the Meaningful Use program, the group had to implement an electronic medical records system, train clinicians to use it and meet complex reporting requirements to prove that software is being used in a meaningful way.

Eric Gallagher, the group’s director of clinical services and payer contracting, joined TUMG in 2012 when the rollout of this system across more than 40 clinics was being managed with email and spreadsheets.

He knew that those tools would be inadequate as the reporting requirements kept growing in complexity. Gallagher had previously worked with project collaboration software in other roles and so he went on the hunt for a better way forward.

While he and his team reviewed several other web-based tools and some enterprise social networks, they chose Redbooth because it supported multiple modes of collaboration and kept tools to get work done front and center.

Redbooth has made the team more mobile and flexible, Gallagher says.

Previously, he’d struggle to find information on the history of a project or who was responsible for what tasks in tangled email threads. Those difficult-to-follow threads have become much shorter with Redbooth, he says.

His team has fewer meetings and has become much more mobile and flexible, he says.

The productivity boost varies between teams and people, but Gallagher says that “for some people, I think you could say it made them 100% more productive.” 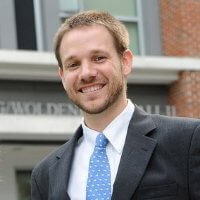