Centers Health Care's core team of engineers and planners needed a way to collaborate across 25 locations — and to manage everything from maintenance issues to multi-million dollar construction projects.

Centers Health Care is a consortium of 25 nursing and rehabilitation centers and more than a dozen other healthcare-related operations in New York and New Jersey.

As Director of Planning, Engineering & Improvements, Ben Diamond is responsible for staying on top of multiple multimillion-dollar construction projects and maintenance projects across all of CHC’s sites.

Ben has a 60-inch monitor in his office permanently locked to the Redbooth dashboard to give him an overview of everything.

Ben specifically chose Redbooth because of its relative simplicity. Knowing he needed a better way to track and manage projects, he initially looked at some of the more traditional project management tools like Microsoft Project. The drawback he saw was the learning curve involved would be a project in and of itself.

Every project Ben’s team manages is tracked through Redbooth. No engineering change request or maintenance activity takes place until it is entered into Redbooth, approved, and assigned to someone with a specific deadline.

For one $35 million construction project, CHC has a separate Redbooth project for just the zoning aspects, which in turn has many tasks, subtasks, and associated files and conversations. Ben personally tracks hundreds of active projects at any one time.

Redbooth and Box are used most intensively by his core team of engineers and planners, who are constantly collaborating with facilities and maintenance directors at each location, employees in the purchasing, contracts, and finance groups, and outside contractors.

Facilities managers who were initially skeptical of switching to a new mode of communication and collaboration changed their minds when they saw how much easier it was for them to track maintenance requests.

Redbooth comes ready for a wide range of devices, from computers to mobile phones. Ben is so committed to Redbooth that he typically has Redbooth open in a second monitor for his computer.

So if you want to talk about invested users, I don’t think you get any more invested than that.

And it doesn’t stop there – he also has a 60-inch monitor in his office permanently locked to the Redbooth dashboard. Redbooth is one of his home screen apps on his iPad and iPhone because it’s so important to his work.

“So if you want to talk about invested users,” he said, “I don’t think you get any more invested than that.”

Most importantly, using Redbooth has been immensely helpful across the teams he manages at CHC and beyond. Ben recently added a security contractor that CHC works with to his Redbooth account. Why? He wanted to see updates on key milestones and tasks they were responsible for via Redbooth instead of via email, “because it’s just so much more efficient,” he said. Now that sounds like a healthy choice. 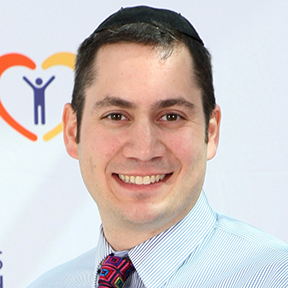