Rich Levandov has over 25 years of experience as an entrepreneur, operator, angel investor and venture capitalist involving a variety of cutting-edge, high growth, early-stage technology companies. It was after he co-founded Phoenix Technologies (PTEC), a company that helped launch the PC revolution, and served as an early Vice President at America Online, Inc. that he started his venture capital career.

Rich holds a B.S. from Binghamton University. He codes in PHP and Ruby these days. Rich is active in the Boston, New York City, San Francisco and Seattle venture and entrepreneurial communities. As a past judge on the MIT 100k business plan competition he remains very active in various organizations on both coasts promoting the creation of new disruptive enterprises. 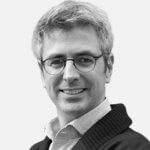 Aquilino Peña has been involved in the digital industry since the late 90s and has been involved in all areas of the Business, mainly ecommerce, online marketing and content. Aquilino has been an active Angel investor and advisor to a number of companies such as BaseKit (UK), Acierto.com, Matrix, Bodeboca, PayCo (Germany), Virtual Contenidos, Alice (US/España) amongst other relevant projects.

His last corporate assignment was CEO of MediaEdge:cia for Spain and Portugal, the largest media buying agency of WPP in the region, which manages the marketing investment of over 500 clients in Spain and Portugal. Relevant clients include: Sony Ericsson, Chanel, Henkel, Visa, Paramount Pictures, Accenture and Toys R US. Before that, he ran all portal activities for Orange Spain, including e-care, E-shop and the large portal network managed by Orange in the Spanish language (up to 40 M monthly active users ). Aquilino started his career as a consultant for The Boston Consulting Group, where he worked for the Madrid office and started the Sao Paulo office.

Aquilino received an MBA from the Harvard Business School and holds a dual degree in Law and Business Administration from ICADE and is fluent in English, Spanish, French and Portuguese.