I first started using Redbooth a few years ago with a startup I was leading, where we were developing a new kind of asset management system.

It was just a couple of people to start, and it grew to eight people working remotely all over the world: New York, Monterey, San Francisco, India, and Washington, DC.

We needed to work together — and we needed an easy-to-use platform that would help us do that, even though we were all in different locations.

Searching for the right solution

We started out using spreadsheets to organize our work and collaborate, but it quickly became clear that they weren’t going to work for us long-term. We also needed a system that was strong in terms of a new person coming on board and being able to look at a project and know exactly what it consisted of.

We tried one option, which turned out to be a little more complicated than we wanted even though it had a nice interface, and another, which was changing drastically at the time, and not in a way that worked for us.

And then we found Redbooth. I soon noticed that my team was using it more and more often, which meant that they were adapting to it very well.

My team members also liked to choose their own technology: one person still really liked to use email. Others were using Github and Google Drive and Dropbox.

What I really liked was that it didn’t really matter what they were using, because they could just put a link to a file, document, or web page in Redbooth. It would save it and then there would be a conversation around that. They could add images and documents inline as well.

Meanwhile, the person who liked to use email would get the email notifications if he was part of the team that was having the discussion. So nobody was left out, even if they were using external tools and applications.

Before that, I was having trouble getting everyone on the same page — “What do you mean, you put it on Dropbox?” Things like that. Redbooth became a centralized communication hub to consolidate all of that. Everybody was on board no matter what other tools they were using.

When you’re a startup, with team members working remotely and working fast on several different things, you need that. It was great to see how people were communicating in the projects and tasks. Everyone was making a contribution and working together: “I’m done with this, now it’s your turn to put your piece in.”

Finally, the onboarding process — the amount of time it took us to ramp up using Redbooth — was one of the best features. From a startup perspective, if you’re taking more than a day or two to learn a tool, then it’s really not worth it because you have limited resources. My team got comfortable with Redbooth quickly.

Staying connected with a remote team

After we met in person and then went back to our respective cities, we used Redbooth to stay connected. We decided that it was going to be a daily thing: we’d comment on anything we had a question about. And if things were going well with a task or a project, we’d still let people know.

We’d each dedicate about 10 minutes every morning to updating our progress in Redbooth. It wasn’t about micromanaging — it was the opposite. I made sure to hire people who could lead themselves. But I did need to identify any problems so I could address them early. And I could do that right away because of Redbooth’s real-time notifications.

Finally, as the CEO, it was my job to go out and raise funding. I quickly learned that if you don’t know what’s going on in the company — every aspect of it — investors get scared. They say, “If he doesn’t know, we’re not going to know.” But of course with Redbooth, I did know. And that’s why it was so critical for us.

Becoming a part of the Redbooth team

I love design, and now I am back full-time in the world of design as Redbooth’s Lead UX Designer. Before I joined Redbooth, I worked on products at Google, which was very rewarding. I had also interviewed with a number of the largest technology companies in the Bay Area. And I think those big companies are great.

But in the long run, my goal as a designer is to have creative freedom and the chance to have an impact — things that come with being part of a hypergrowth company. I like listening carefully to customers and creating things that meet their needs. I went with Redbooth because I would have those opportunities here.

Of course, I had also used and liked the product. I liked what I learned about the company on Glassdoor. When I came in to interview I liked the reality of it as well.

I think back to how I used Redbooth in the past as a customer and as a team leader. For me, I just really needed to know that things were going in the right direction, and to see that people were communicating in the projects and tasks. Everyone was making a contribution and working together: “I’m done with this, now it’s your turn to put your piece in.”

As Redbooth’s Lead UX designer, I’m committed to understanding our target users: reviewing analytics, doing surveys, learning from our Customer Support and Customer Success teams, and talking directly with the customers. I’m looking forward to hearing from you and finding out more about how you use Redbooth to stay on top of things at your company, communicate with each other, and collaborate. 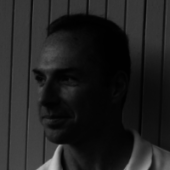 Gene is Redbooth's Lead UX Designer. In the past he worked at Oracle, PayPal and Google, as well as founding his own enterprise startup. He lives in Monterey with his wife, son, and daughter...and 2 dogs, 3 cats and 2 rabbits.
Read more by Gene Giromini »