Business owners and managers are constantly measuring things. So when the topic of employee engagement comes up, many times the reaction is a bit superficial.

It’s just another thing we have to measure, right?

Employee engagement is more than just an empty business term or a set of data to be measured and analyzed. It’s the happiness of your employees and the likelihood of whether they’ll stick with you for the long term. It impacts everything from management strategy to job design, to your company’s overall productivity.

According to the most recent State of the American Workplace Report published by Gallup, of the 100 million Americans that hold full-time jobs, more than 70 million are either actively disengaged or discontent at work. That’s affecting all of our bottom lines.
The report compared the top 25 percent of teams (those with actively engaged employees and strong leadership) with the bottom 25 percent of teams (those with disengaged employees and poor leadership) and found startling evidence on the importance of engagement.
The top teams result in:

In addition, more engaged employees are more likely to stay with your company, improving your retention rate and reducing hiring costs.

Now do we have your attention?

When we think about engagement, we often think about Ping-Pong tables and free food and all of those other fun perks that are designed to make employees happy. But just because an employee has the option to take a few minutes to unwind each day doesn’t mean they’re fully engaged.

Deloitte’s Josh Bersin says that his company’s research has shown that making your company an irresistible place to work increases engagement. That includes giving employees a sense of meaning in their work, offering opportunities for career advancement and educational growth, and having strong leadership. Yes, the ping pong table and free food is in there too, but it’s not the entire picture.

How can I engage employees?

With that new definition in mind, here are several things to consider that can help improve engagement in your organization.

Consider overstaffing rather than lean staffing.

One of the biggest employee complaints that Deloitte uncovered during its research is the general feeling of being overwhelmed. In fact, more than 65 percent of those surveyed said that the sense of a work-life balance was completely gone. One way to combat that feeling for your employees is to reduce each person’s workload in a responsible manner. Maybe that involves rethinking your project management system or your team structures (or implementing team structures to begin with). It could also be time to consider redesigning job descriptions or changing the physical environment you’re working in.

Or – and this is a big one – maybe it’s time to hire more employees.

Bersin cites research performed by Zeynep Tom that showed a retail business increasing profitability by overstaffing rather than understaffing. “[Tom] found that those who overstaff are more profitable by far, driven largely by their employees’ ability to think, serve customers, re-arrange the stores, and be cross trained,” he writes.

Do more than just an annual survey.

We’ve all been through this, right? At the end of the calendar or fiscal year – or on the anniversary of your hire date – you fill out a survey asking how happy you are with your work. And, if you’re human, you fudge your responses a bit, fearing that a bad survey might impact a potential raise or promotion.

Employee engagement needs to be measured more than once a year. Fortunately, there are a few tech solutions that can help.

CultureAmp and RoundPegg are just two of a multitude of options for conducting real-time employee surveys. You can ask a question monthly or weekly (or even daily) and receive instant feedback. You should consider adding a gamification element as well, or look into employee engagement programs, that can help incentivize participation.

If you’re looking for something less formal, there are anonymous suggestion box concepts, including Tell Your Boss Anything and Happiily, which allow employees to send anonymous messages to their supervisors at any time.

Once you’ve implemented a system, make sure you’re actually doing something with the data and feedback you’ve collected. It’s important to not dig too deeply into the results and read something that isn’t really there, but try to share the results of such surveys and show your employees that their feedback matters.

Create a culture of diversity and inclusion.

Changing your company’s culture sounds like an easy fix, but in reality, it’s the hardest thing to do. It requires buy in from all levels of management as well as your employees, and touches on many aspects of your business that you might not have considered. This includes departments such HR, recruitment, and onboarding, not to mention the core teams.

But creating a more inclusive culture is worth the struggle. Deloitte’s research shows that work teams that have high inclusion rates outperform those that don’t by a ratio of 8 to 1.

So before planning another company outing to the local indoor climbing facility, or writing off the importance of engagement as just another thing to be measured, be sure you’re considering all aspects of employee engagement. Your employees’ satisfaction – or lack thereof – plays a significant role in your bottom line. 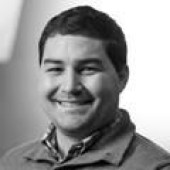 Keith Cawley is the media relations manager at TechnologyAdvice. He covers a variety of business technology topics, including gamification, business intelligence, and healthcare IT. Connect with him at keith.cawley@technologyadvice.com
Read more by Keith Cawley »