The recent New York Times article on Amazon inaugurated a national discussion on work culture, burnout, and employee satisfaction — and their effects on employee productivity and a company’s bottom line.

Wherever your opinion of the article — or of Amazon specifically — the office culture debate sparked by it has led to interesting and sometimes poignant looks at what constitutes a healthy work-life balance and what motivates employees to consistently to do their best.

This week, we collect some of the best links inspired by the Amazon article — on work culture and the work week, on productivity and its discontents — and on the sometimes-devastating effects of work on our outlook and our health.

If you’re not familiar with the article, or would like a refresher, “Inside Amazon: Wrestling Big Ideas in a Bruising Workplace“ is the New York Times piece that offered a critical look at Amazon’s work environment, complete with breathtaking examples of a cutthroat culture run amok (for example, the sentence “I felt concerned about his inflexibility” was used as sample placeholder text in Amazon’s company-wide anonymous employee feedback software).

The article, by reporters Jodi Kantor and David Streitfeld, cites employee consensus that Amazon is a dynamic company that pushes people to — and beyond — their limits. It describes, however, a lack of consensus that this constant limit-pushing is a good thing. At issue is whether an atmosphere that produces the “thrilling power to create,” mentioned by many employees, can actually sustain an employee over more than just the short-term before burnout and dissatisfaction take its toll.

Pivoting quickly, pioneering — not chasing — new opportunities, demanding a workforce that’s committed to the pace the company wants to work: those are all company descriptors that can cut both ways, especially when it comes to employee satisfaction. The article paints a compelling picture of Amazon’s culture. Whether it’s flattering or not depends on how you come down on the word relentless.

Beyond the fascinating details, it might offer a gut-check to many of us. Is your company in the running for “the greatest place I hate to work” — and does it matter? Have a read.

In an article for Fast Company, “Amazon’s No Outlier: The Science Behind Broken Work Cultures,” Lindsay McGregor and Neel Doshi, co-authors of an upcoming book on high-performing companies, share some intriguing discoveries based on their academic research and survey of thousands of workers across different industries.

Their conclusion is that internal motivation holds the key to both employee satisfaction and productivity. Why we work — or do anything, for that matter — impacts how well we work.

They group their findings into six fundamental motives and use the Amazon case study to describe each.

What follows isn’t only a fascinating description of their framework — and how the three positive motives and the three destructive motives intertwine. They also offer an entirely fresh evaluation of Amazon’s culture and productivity. Although Amazon scores well on 4 of the 6 motives, it earns especially poor marks on the other two: economic and emotional pressure. The result is a very mixed outlook, as McGregor and Doshi explain it’s the total score that counts.

So, motivation impacts productivity. Is that a surprise? Well, the authors’ quantitative survey appears to offer data correlation — not just theory — of that direct relationship. Their conclusion: a workforce’s total score has “a nearly straight-line correlation with customer-experience ratings.” It’s motivation enough to read the article to see how their study’s bottom line can impact yours.

In “Why Working 9 To 5 Can Harm Your Productivity,” Adam Maidment, columnist for Lifehack, charts the history of the 8-hour workday (blame the industrial revolution). He posits that many employees — but not necessarily their employers — understand that the regular 9-5 does not lead to the productivity that the 8 hours would suggest.

For those of us stuck on the standard work routine, he offers an infographic that unpacks busyness vs productivity and how to develop new working patterns that maximize productivity without necessarily counting minutes. (Yes, one of those is the popular pomodoro technique of taking regular timed breaks — named after the tomato-shaped kitchen timer founder Francesco Cirillo used to mark his time.)

The upshot is that we’re to manage our productive energy, not time. And, truth be told, Maidment is concerned about well-being as much as he is about productivity. It’s an article to clip and tape anonymously to the HR director’s door.

Akshat Rathi wants you to clock out and go home. In his article for Quartz, “The Science Is Clearer Than Ever: Long Work Hours Increase Your Risk of Stroke and Heart Disease,” he cites a study reported in The Lancet that offers some grim statistics on how our long work days are…well, killing us.

Stress, and our misguided attempts to relieve stress, are the culprits. We might know this lesson intuitively, but as a workforce, we aren’t heeding it. Work-weeks longer than 40 hours have been increasing since the 1990’s, Rathi points out.

The article ends with a swipe at Amazon, as a company who has so far turned a deaf ear to the downsides of this kind of intensity, but it’s a lesson for all of us (even those of us who work at home): knock off work early tonight. And make it a new habit.

Interested in reducing workplace chaos and email overload for your team or organization? See how Redbooth helps you do that >> 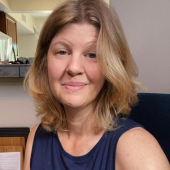