I went to Nancy LaCascio’s seminar on personal productivity on a mission for Redbooth — but also with high hopes that it would pay off for me personally.

Her advice about not getting addicted to “crisis mode” really hit home. “The worst way is to wait until it blows up, when it becomes a crisis because you procrastinated. Some people really like the crisis, the juice of it — but it will kill you eventually,” she told the audience.

For a former journalist used to doing everything on deadline (or slightly after), that stung.

Although I research and write about how organizations can be more productive, particularly through the use of social collaboration and project management, how proactive and organized was I personally?

I had come to LaCascio’s seminar in New York City following a week in which I had been very productive in the midst of a family crisis. In fact, I felt like I had accomplished several previously impossible things in the space of a few days. But that was at least partly because I only had a few days in which to act before I had to get back to work, leaving no room to procrastinate.

Now, if I could just figure out how to be consistently productive in the absence of a crisis.

LaCascio teaches Getting Things Done, a set of personal organization principles detailed by productivity guru David Allen in the book by that name and subsequently promoted through speaking appearances, seminars, an online community, a network of consultants, and many other means. Fans of the GTD approach include bestselling business book author Daniel Pink (check out this podcast of a conversation between Pink and Allen) and executives who swear by it.

Essentially, GTD is a disciplined approach to sorting through your inboxes (digital and physical), deciding which items require action immediately, soon, not at all, or “maybe someday,” and identifying the “next action” to be taken in any project.

I can hear you saying, “Big deal. Of course you should keep a to-do list. You needed a seminar to tell you that?”

Well, there’s more to it than that. For us at Redbooth, one intriguing aspect is GTD’s definition of a “project,” which is similar to how we recommend that our customers organize their work — not just around huge boil-the-ocean projects but also around the things that need to get done every day.

In GTD terminology, a project is any sequence of tasks — anything that can’t be accomplished in a single step. We sometimes avoid big, scary projects as a result of having failed to identify the first step required to get started on them. Meanwhile, even the smallest projects go more smoothly when we clearly think through the series of steps required.

To keep yourself on track, you need to regularly review and modify that list of next actions to be consistent with the work that you are serious about getting done. In other words, don’t put an item at the top of your to-do list and then ignore it.

Is this common sense? “Maybe,” LoCascio agreed with a shrug. “But is it common behavior?”

Getting Things Done in Teams

While the most enthusiastic and productive Redbooth users I have met aren’t necessarily GTD devotees per se, many have stumbled on similar principles for organizing their work and their lives. Wouldn’t it be great if we could codify a parallel to GTD for Getting Things Done in Teams? In other words, shouldn’t a team also keep a list of its “next actions” that is prioritized but still flexible?

To be clear, Redbooth can’t claim any official blessing as a GTD tool. The David Allen Company explains that they are “technology agnostic.” For example, while many GTD practitioners have embraced Evernote as a tool to organize personal tasks and related information, LoCascio said she still prefers a paper planner. I have started tracking personal tasks and household projects in Redbooth, but I understand why others might not want to mix personal and professional priorities that way.

In any case, GTD says the most important thing is having a strategy for organizing yourself, regardless of the tools you use to do it. In particular, Allen argues most of us torture ourselves by trying to keep too much in our heads. As a result, we are always mentally rehashing the list of things we need to do and kicking ourselves for the things we forgot to do.

Regardless of your preference in software or office supplies, you need some trusted system for sorting reference information from actionable information and then reminding yourself of the actionable information at the correct time. For example, Allen recommends separating out the things you need to accomplish at work versus at home so that when you are at work, you concentrate on work, and when you are at home with your family, your mind is on your family (not the things you forgot to do at work).

“It helps me be present where I am,” LoCascio said. “You have to be okay with what you’re not doing.” That’s a lot easier when you have a grip on all your tasks and projects, organized by priority and context.

Getting organized does not mean planning every detail of your life and every hour of the day. On the contrary, part of the beauty of GTD is it acknowledges the need for flexibility. If a crisis crops up and has to be dealt with immediately, the things you previously put at the top of your list may have to wait.

When the crisis is over, you can then reevaluate whether they still make sense as your next actions. On the other hand, if a meeting is canceled and you unexpectedly find yourself with a 15 or 30-minute chunk of free time, you can use it productively by scanning your next actions list for something you can accomplish in that time slot.

Can you accomplish a whole project in 15 minutes? Probably not. But often you can make a phone call or write an email that is the next incremental step toward getting it done. You will be farther ahead than if you spent those 15 minutes fretting over all the things you’re running behind on.

“We want the to-do list to be like a flat runway,” LoCascio explained, “meaning that given the right time, and the right tools, we can get it all done.”

At the same time, you need to be alert to unexpected opportunities and threats, which means being able to tolerate some occasional chaos. “If you’re not losing control once or twice a week,” she said, “I’d reexamine whether you’re playing the game of life hard enough.” 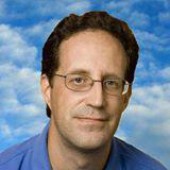 David is a former InformationWeek editor and the author of Social Collaboration for Dummies. During his time at InformationWeek, David also served as social business track chair for the Enterprise 2.0 / E2 conference series. In his spare time, he taught himself web programming and is the author of several WordPress plugins.
Read more by David F. Carr »