“This double recognition from such a prestigious, global organization further validates Redbooth’s commitment to excellence and our solution’s deep value to teams and companies globally,” said Dan Schoenbaum, Redbooth CEO. “Companies need the best single place for teams to collaborate and get work done, and Redbooth delivers on that commitment every day — as validated by these 250 executive judges and evidenced daily by our happy customers.”

All individuals and organizations worldwide – public and private, for-profit and non-profit, large and small — are eligible to submit nominations. The 2014 IBAs received entries from more than 60 nations and territories. Nicknamed the Stevies for the Greek word for “crowned,” the awards will be presented to winners at a gala awards banquet at the Westin Paris – Vendôme Hotel in Paris, France on October 10, 2014.

“We congratulate all of the Stevie winners in this year’s IBAs,” said Michael Gallagher, president and founder of the Stevie Awards. “The quality of entries we receive improves every year. This year’s judges were rewarded with the opportunity to review more than 3,500 stories of business achievement and innovation from around the world. We look forward to celebrating the winners’ achievements in Paris on 10 October.”

Details about The International Business Awards and the lists of Stevie Award winners are available at www.StevieAwards.com/IBA

About the Stevie Awards

Redbooth (formerly Teambox) is a collaboration and communication platform that provides the best single place for teams and companies to collaborate and get work done. Redbooth is used by companies across the globe including Al Jazeera, Apple, AT&T, Avis, BBC, Canal+, Cisco, Discount Tire, Deutsche Telekom, Duke University, Ebay, Harvard University, Intuit, Novartis, Spotify, Subaru, ReMax and Volkswagen Audi. Founded in Barcelona in 2008, the company is privately held and headquartered in Redwood City, California. For more information about Redbooth and a free trial, visit www.redbooth.com 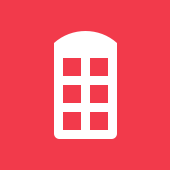