What makes some teams better at effective collaboration? One huge factor: Alignment around a common goal.

But the goal itself isn’t the only thing that matters. The process used for setting goals for teams is important too. Buy-in matters. And maybe most of all, the underlying framework used for goal-setting is crucial.

Making goal-setting frameworks explicit can be a valuable practice. When frameworks are implicit or simply not talked about, team members, team leaders, and other key stakeholders in an organization are likely to have different mental models.

As a team works together and invests time and effort, lack of alignment can endanger the process. It can also lead to friction around assessing whether a goal was satisfactorily completed.

This means that goal-setting frameworks warrant close attention. But the automatic standby for many teams — traditional SMART goals — is far from your only option. And as a framework, it may actually be getting in the way of your team’s collaborative potential.

Most of us have encountered the familiar SMART framework before. Simple to remember, it has given countless teams and individuals a way to get concrete about their goals.

It also takes five important variables that might not otherwise get discussed and brings them to the forefront.

SMART goals have often been used to replace vague notions that get mislabeled as goals. Because of their concrete nature, SMART goals are also satisfying to come up with.

The concept is easy to explain and grasp, which helps explain its ubiquity in popular discourse around goal-setting.

Because they’re so specific, they can also function well as an easy-to-understand touchpoint throughout a process. A SMART goal can fit on a Post-It note on a computer monitor and be communicated in a single PowerPoint slide.

And at the outset, it probably feels like measuring the success or failure of a traditional SMART goal will provide an objective measure.

But the specificity of SMART goals can also be your team’s undoing. Focusing on a fixed measure of success, for example, excludes the possibility that as the team’s collective knowledge grows, it may become clear that the wrong metric was selected.

A decade ago, Charles Prather, PhD, wrote “The Dumb Thing About SMART Goals for Innovation” in Research Technology Management.

In it, he made a case for the limits of SMART goals:

“Using SMART criteria in goal setting works well when the goal is to improve an existing system about which much is known….[but] using SMART criteria to set goals for innovation will result in innovations of only the most incremental kind, and certainly not the kind that can be called breakthroughs.”

Now, ten years later, the need for agility, innovation, and speed is even greater.

Prather’s warning that while “sharply defined goals” can increase focus, at the same time, they “restrict our thinking and work to keep us ‘in the box’ is a cautionary note that few teams can afford to dismiss today.

But this doesn’t mean that goal-setting — and accountability — shouldn’t be at the top of any team leader’s list.

The challenge is to step back and critically examine the specific goal-setting framework you’re using with your team and decide if it’s aligned with your vision.

Trying on Agile with CLEAR Goals

While the traditional SMART framework has been shown to be successful in certain contexts, it’s not a natural fit for collaborative teams working on complex projects in rapidly changing settings.

As writer Peter Economy writes in in “Forget SMART Goals — Try CLEAR Goals Instead” in Inc., CLEAR goals are a better fit when it comes to setting goals for teams that seek a more agile framework.

Economy explains that a CLEAR goal has the following characteristics:

C: Collaborative
L: Limited in scope and duration
E: Emotional, tapping into employees’ energy and passion
A: Appreciable, breaking down larger goals into smaller ones
R: Refinable, giving yourself permission to refine and modify

This approach emphasizes collaboration. It also makes room to iterate and build on new learnings as progress unfolds, rather than waiting until the project is completed and then looking back to assess.

The model retains some of SMART’s most valuable aspects: helping team members to stay focused by making deliberate choices about scope, duration, and feasibility from the beginning.

Your team doesn’t have to be ready to formally embrace agile processes to benefit from trying out a more agile approach to goal-setting. Trying on the CLEAR framework also gives you an opportunity to determine if it opens up new opportunities for innovation.

With agreed-upon shared goals, team members can focus their energy and time on what matters most. The key is to ensure that the framework on which those goals are built is consistent with your ultimate vision for the work of the team.

Empower your team with the infrastructure they need to discuss, iterate on, and accomplish goals. Discover how Redbooth drives team collaboration >> 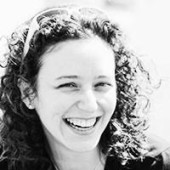