As a project manager, you may find yourself leading multiple projects at the same time. In fact, leading two, or three or maybe five or six projects at once can be commonplace in some project management environments. That’s usually been the case for me.

However, you probably aren’t usually leading more than one large and complex project at the same time. Or at least not two that are going full steam, requiring a lot of your time all at once.

But what if you were?

What if you had two very important, very complex, high-dollar projects dropped on you at the same time…with high expectations of getting out of the gate fast and reaching highly successful levels of performance and delivery.

Of course, you know that it’s possible to manage such a scenario, but everything needs to go right and the potential for stumbling or failing on one or both projects can be high.

What can you do to help ensure that doesn’t happen? What actions or steps can you take to do your best to ensure you drive home a successful project to a satisfied project customer?

Here are four suggestions on actions and steps that you can implement – if the customer is willing and if it makes sense for the project – to keep both projects and make them at least somewhat more easily manageable.

The idea is to stagger the project start dates for these two key projects so they aren’t going through the same phases at the same time.

I once had to kick off a project in Chicago and then fly immediately to Philadelphia to kick off another project.

Both were big, complex, high-dollar and high-visibility projects. During the second one, I found my business analyst crying in the hallway. We were being beaten to a pulp over inaccurate promises that the account manager had made to the client in order to close the deal.

It became apparent it was all going to land on our heads and the client was pretty upset…and all of this happened on Day One!

Seriously, if you can do anything to stagger the starts of these two complex projects, then make your case to management and the customer to do so. If you’re successful, then life may become somewhat livable again.

2. Move around the meeting schedules for one or more projects

Your customers may have limited availability to meet. But if they land on days that are very close to each other, then keeping notes, tasks, issues and takeaways straight between the two projects may become nearly impossible for you.

Negotiate with one or both clients to get the project status meetings spread out during the week. That way, you have time for your internal team meetings to prepare for the client status meeting.

The goal is for you and your team to not always feel like you’re running a race.

You need to be able to stop and take a breath in between each client so you can be at your best for each client.

And that way each client also gets the best and most up-to-date info for each weekly status call, so it’s a big win for them as well.

The next, and — to be candid — probably the worst option, is to add one or more resources to the delivery project team.

It may help the workload and the timeline, but it will likely ruin the project budget and you won’t be able to make it up.

All you’ll get out of it will be high customer satisfaction (as long as you’re eating the extra resource costs) as a result of staying on time.

But that may be enough of an ROI to make it justifiable.

If you can add a part-time project administrator or some supporting role to the project for, say, 10 hours per week, this may be enough to get you over the hump – at least through the busiest portions of the project.

Cost is still a concern, and even a part-time addition to your team will cause the budget to go over. Is it worth it? That’s up to you and your management to decide.

4. Delegate some tough duties to others on your team

Look into offloading some of the administrative duties to another project team member.

They may resent it till the day they get revenge, but it may mean the difference between success and failure on the projects if some of your earlier steps or actions didn’t work.

Rather than just dump it on the nearest person try discussing it during one of your internal team meetings.

List four or five administrative activities that need to happen weekly and see who will volunteer for one or more of them. Then see how it goes.

This scenario has happened to each of us at some point, most likely…and if it hasn’t, it probably will.

If you’ve done it and made it through, what did you do to fight your way through it?

And if it hasn’t happened yet, what are your thoughts on potential ways to handle this scenario or plan well at the outset to make it all work out in the end?

Share your thoughts, tips, and experiences in the comments below! 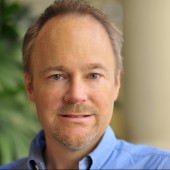 Brad is a business solution designer, an IT/project management consultant, and a prolific author. He draws on more than 25 years of software development, management, and project management experience leading successful initiatives in a wide range of industries. Brad is a married father of 11 and calls sunny Las Vegas home.
Read more by Brad Egeland »