I have a great job at Redbooth: I spend all day talking with customers who are thrilled with how well the platform is working for their team or department. They reach out to me when they’re looking for help with rolling Redbooth out to other teams and departments at their organization.

When most people first find Redbooth, they’re initially focused on finding a solution for an internal team disconnect. They aren’t ready to think about how they’re disconnected from all of the other departments that they collaborate with on a daily basis.

So it’s really standard to solve your team challenges first and make sure that Redbooth works for you before you start considering bringing other teams or departments on board. When you’re ready to start thinking bigger, there are new challenges and new stakeholders to consider. That’s where I can help.

Sparking the Interest of Other Departments

Once one department at a company is successfully using Redbooth, there are a variety of ways that other departments get interested in trying it too. Sometimes it’s as simple as someone walking by a computer and seeing Redbooth up on the screen. It’s different, new, and exciting, and they ask what it is and what it’s being used for.

But more often than not, it’s people who are already using Redbooth who identify the need to bring it to other departments. Often they’re collaborating on something with another department — working on a creative project, or managing a process — and they realize, “Oh no, I don’t have Cindy over in operations using Redbooth.”

So instead of having to exit Redbooth, go into their email or another point solution they use for communication, and then reach out to Cindy that way, they can simply invite Cindy in to Redbooth. Now they don’t have that tedious experience of going into their email and working backwards. It’s another reminder of how much more productive they are when they can centralize their work in Redbooth.

Once a Redbooth user has that “aha” moment — “Now that I have this person and their team involved, it would make me more productive, and it would probably make them more productive too” — that’s when the lightbulb turns on.

I like to get to know our customers, and I let them know I’m always here to think out loud with them. Typically an existing Redbooth customer will start by calling me and asking, “Hey, I have this specific process, and this is where the disconnect is happening. Can we brainstorm about solutions?”

That’s when I start asking them questions: How have you done it in the past? How is the team managing it currently? Once we both understand the context, we can talk about how Redbooth is structured and work on coming up with a solution that they can easily put in place.

Redbooth is so customizable that sometimes people don’t know that a specific configuration is even possible. Often, I can provide quick recommendations. Sometimes I even show them my personal environment on Redbooth and demonstrate how I manage these different processes in my workflow. Then we have that moment where they say, “Oh! That’s perfect. That complements exactly what we’re doing and keeps it all centrally located.”

Most people tell me that Redbooth is so easy to use that if someone logs in to an environment that’s already been created, they can often navigate it without any help. But we also have the ability to be much more hands-on and show those new users how to get the most out of Redbooth. We’re committed to making rollouts to new teams and departments easy and efficient.

We can set up a live interactive training or make a customized training video of the actual process that has been created in the new department’s environment. And once we lead a quick 15-minute training, all fear goes out the window and people try to figure out, “How much more flexible could this be? How much more can I get out of Redbooth?”

It’s very motivating for the new teams to see how it will make a difference for them every day at work. For instance, people are often relieved to see that they’ll now be managing a process in one single place, rather than jumping between three or four locations to accommodate all these other departments they’re working with.

Here’s an example that illustrates that whole process. I was talking with a rapidly growing technology startup in San Francisco that was interested in rolling out Redbooth across their organization.

It actually started with a small marketing team that had brought in Redbooth for themselves to manage day-to-day work. Eventually they started using it to plan large-scale events. Once they did that, they needed to bring on people from other departments at the company who were involved in the event as well.

Some of those other departments were using very technical products internally to stay organized and collaborate, while others were using very basic spreadsheets. With collaboration being fragmented, there was a lot of frustration. The team that was in charge of the events wanted to streamline things and get everyone on the same platform.

We helped them design a customized internal process that would lead to success. We gave them some onboarding support before they invited the new departments in, so they configured their workspace very specifically to support the next big event.

By the time they invited these new users from the other departments, with no training whatsoever, they had tasks assigned to them. They had due dates. Their Redbooth dashboard was populated so they already had rich content that they could relate to.

Because we set it up that way ahead of time, it was easy for them to see what they were responsible for. As they worked through the individual tasks, they got exposed to the other aspects of Redbooth and how it could be used to collaborate with other teams.

Eventually the final decision went to a senior executive in marketing, who brought in leadership from the other areas. He said, “This is exactly how my people are using it, and this is why they need your teams to use it.” The company made a business decision to implement it for those departments.

The event they were planning together went well, and the departments continue to use it to collaborate. They’re even thinking about bringing in yet more teams — now that the PR and product teams are using Redbooth, they want to bring in the teams that they work with too.

Bringing Redbooth to additional departments typically results in a much more productive culture, one that’s no longer centralized around email. I’ve talked to people who said they were 40% more productive and people who said “I’ve saved an hour of my day as a result of getting out of email.” That’s almost a full workday per week.

The people I talk to on a daily basis often name six or seven tools, point solutions, and apps they’re currently using. You can almost hear the frustration in their voice over the phone, because they get tired of naming them, let alone using them. If we can reduce that number to three, two, or one, often that alone is valuable. To see the increase in efficiency and hear the feedback from the users after a multi-department rollout is very rewarding.

It minimizes the noise and makes it more fun to collaborate with the people around you. There’s more visibility and transparency into everything that’s going on when you’re centrally locating it in one area. It’s even more powerful when you have multiple departments in an organization engaged. You’re also building a knowledge base for your business that you can use to grow — becoming more efficient and minimizing the need to start from scratch each time.

It’s exciting to see a company that’s been stuck in old ways of doing things evolve into a more agile way of doing work. In fact, that’s one of the best parts of what I do. I really enjoy helping people begin to explore the possibilities and try to centralize where work is getting done.

If you’d like to learn more about how to collaborate cross-functionally within your organization, feel free to reach out to Thomas directly at thomas@redbooth.com. 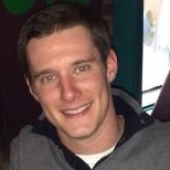 Thomas is Redbooth's Key Account Executive. He has 4 years of experience helping dynamic companies to implement new technologies. When he's not working to improve the collaboration efficiencies of his Redbooth customers, you can find him golfing throughout the summer or snowboarding in the winter.
Read more by Thomas Koerner »