Well, maybe not. A number of agencies are embracing the concept of “sponsored” side projects: Giving their employees the time, resources, or both to explore projects unrelated to their billable work. Side projects can dramatically affect your revenue — in a good way.

Let’s dig into the hows and whys of starting this type of program at your agency or company.

The Benefits of Side Projects

“At Viget, we work on plenty of side projects, whether it’s through our ‘Pointless’ lab, Explorations, or hardware stunts,” explains Ben Travis, marketing manager at Viget.

“They allow us to experiment with new technologies and scratch that creative itch at the same time. We have some amazing clients, but there’s something special about solving problems we weren’t hired to solve.”

Side projects don’t need to become full-fleshed products to be beneficial. Whenever they’re working on creative, stimulating tasks, employees learn valuable skills and insights. Those skills and insights then inform what they do during their 9-5 job.

For instance, imagine one of your employees tries — and fails — to develop an online proposal generator for photographers.

In the process, she learns about hiring best practices, which comes in handy when you need a last-minute photographer for a client shoot. She familiarizes herself with the components of a basic proposal, which leads her to discover an issue in your agency’s standard proposal.

The more diverse your team members’ skills are, the more successful you’ll be. Side projects give people the chance to keep learning and adding to their skill sets.

Offering company-sponsored side projects will distinguish you from the competition. Not to mention, the folks who will be attracted to this benefit will probably be more interesting than someone who applies for the endless craft beer.

From Side Project to Real Project

Of course, one of the biggest advantages of side projects is that they can become full-fledged projects.

Unsplash is a classic example. This free stock photo site was originally launched as a side project by Crew, a freelance design and development marketplace.

“We had no money,” Crew founder Mikael Cho explained in a post called ‘How side projects saved our business.’ “We changed our business model and had 3 months’ worth of cash left to turn things around.”

While designing their homepage, the Crew team noticed most visuals were low-quality, overpriced, or both. So rather than buying photographs, they hired a photographer.

“We only used one photo, so we had extras,” Cho says. “We thought, ‘There’s probably a bunch of people having the same issue as us, so let’s post these photos online and give them away for free.’”

Long story short: The photos were a huge hit, driving hundreds of thousands of new visitors to Crew. Many of those visitors became customers.

Since then, the Crew team has produced three other side projects. The websites for the side projects are in their top five referral sources. They have more than 100,000 email subscribers. And most impressively, 40% of Crew’s revenue comes from side projects.

StatusPage — a platform for communicating with users when your site or app is down — has also found a way to generate revenue from a side project. Better Error Pages is a free tool for building customized 404, 500, and maintenance pages. Approximately 0.2% of its visitors turn into StatusPage customers — generating roughly $116,000 in annual revenue.

Side projects aren’t just potential money-makers. They can also be investments in your agency’s future.

After all, think about your core services. How many of those would have been relevant five years ago? Eight? 10?

The way people consume, work, and interact is always changing — so if your agency doesn’t evolve, you’ll become obsolete.

That might sound a bit dramatic, but in fact, it’s the same realization that led Airbnb founders Brian Chesky, Joe Gebbia, and Nathan Blecharczyk to design their own side project.

Despite having achieved success for the home-sharing company beyond their wildest dreams, they were nervous. The trio had stumbled across a list of the most buzzed-about tech companies from the ‘90s. Ninety percent were either gone or struggling, and not because they’d committed any major mistakes. No: Their biggest failure was concentrating on their existing business.

Chesky, Gebbia, and Blecharczyk realized that if they didn’t build out their ideas pipeline, Airbnb could someday become another footnote.

So they built Samara, a new department tasked solely with creating new futures for the company. Samara’s first project is building a communal house in Yoshino, a struggling village in Japan. The micro-goal? Encourage tourism and bring the town back to life. The macro-goal? Set up Airbnb to become a major player in urban planning.

Stride, an agile software development consultancy based in New York City, uses side projects to improve its internal way of doing things.

CEO and cofounder Debbie Madden says she’s been holding quarterly open space meetings for her team for the past 13 years. At these forum, the entire company comes together for an entire day to discuss whatever they’d like.

“Almost every single cool thing at Stride has come out of our Open Space meetings,” Madden explains. “It’s not a hackathon, so we’re not creating ‘products.’ We’re creating policy.”

According to Madden, the decision to hold “Toast to Failures” — in which employees take turns publicly sharing failures they’ve had in the past 90 days, and everyone claps and applauds — came from Open Space.

“Another amazing idea that came out of a Stride Open Space is our monthly Lean Coffee,” Madden says. “We talk as an entire company about the single most important issue facing our team at the time. The issue is self selected and voted on by all of Stride.”

Stride employees also receive up to 10 hours per week for creating content, including open-source tools and blog posts. In addition, they get $1,000 and one week every year to pursue professional ambitions not related to their core jobs.

The Logistics of Side Projects

As you can see, every side project policy is different. If you’re thinking about giving your employees the freedom to work on creative projects, here are four things to consider:

The format: Will they get a specific amount of hours per week, month, or quarter? Will you host hackathons or let employees fit their work into their schedule where they’d like?

The focus: Can employees work on anything they please, or are you going to set parameters?

The goal: What’s your main objective for this policy? Are you trying to spark creativity and entrepreneurial thinking? Recruit the type of people who would find this perk attractive? Develop new extensions of your business? Improve how you currently do things?

The results: Once you’ve honed in on your primary goal, you can figure out how you’ll gauge success. Maybe you’ll monitor your employee Net Promoter Score (eNPS) to see if this program influences employee satisfaction. Or perhaps you’ll monitor how many side projects turn into lucrative full-fleshed products.

Perhaps one of the most important things to remember: Side projects are work. After all, they’re time- and labor-intensive.

But that doesn’t mean you should treat them like traditional work. Have some fun, and the desirable consequences will happen naturally.

“What makes for a good side project? Passion is key,” Travis says. “Our most successful (and fun) side projects all started with a deep interest in a subject, whether it’s music, Star Wars, or being a parent. From there, we collaborate and iterate on the best ideas.” 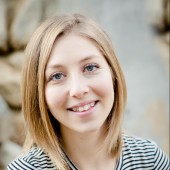 Aja Frost writes about business, tech, career advice, productivity, and design. Her book, How to Start a Freelance Writing Career From Scratch, is regularly one of Amazon's top 100 in its category. Check out her website or say hi on Twitter.
Read more by Aja Frost »