If you have a job where you need to keep a big smile on your face, you know that it’s not always easy. People can be difficult. You’re not always in a good mood. But if you have no choice, you grin and bear it.

And it’s not just service professionals who feel like they need to be pleasant. Many of us have a tendency to fake more pleasant emotions and push down more negative ones at work, whether we’re dealing with customers or our very own colleagues.

This practice is called “surface acting.” And it can feel draining.

And the effects of being fake at work can spread more widely than you might think. Turns out that Pollyanna attitude may actually affect relationships with other people outside of the workplace.

What that means: when you’re faking it at work, the consequences can follow you home.

What the research shows

In 2015, four researchers from the Pennsylvania State University — Morgan A. Krannitz, now a project analyst at Google; Alicia A. Grandey, Penn State professor of psychology; Songqi Liu, now an assistant professor at Georgia State’s Robinson College of Business; and David A. Almeida, Penn State professor of human development and family studies — wanted to take a closer look at this phenomenon and its implications.

They published the results of their study in an article called “Workplace Surface Acting and Marital Partner Discontent: Anxiety and Exhaustion Spillover Mechanisms” in the Journal of Occupational Health Psychology.

Here’s the question they wanted to answer: if you’re engaging in “surface acting” at work, how does it affect your spouse?

Pretending to be happy at work had to have some backlash, they figured.

Was surface acting draining them, causing them to bring their negative feelings home… and take their bad mood out on their partner?

(And, let’s be honest, we’re probably all guilty of that every once in awhile.)

To answer this question, the researchers surveyed nearly 200 hotel managers — people with high-stress jobs and consistent pressure to be pleasant to guests — along with their corresponding misters or misses.

If you’ve had to put up a cheerful front at work, the findings will come as no surprise.

The researchers found a worker’s insincerity in the workplace directly related to their spouse’s desire for them to quit that job, due in part to “job-related exhaustion.”

It also impacted the spouse’s perception of how much work impacted their partner’s ability to be a fully contributing member of the household.

“When the employee’s resources are depleted from surface acting at work, the employee lacks energy at home and may conserve his or her resources….the partner wants the employee to restore those resources by quitting the job where ‘faking it’ seems to be necessary.”
— Krannitz, Grandey, Liu, and Almeida

In other words, being fake at work is not a recipe for happiness outside of work, either.

But what can you do if your job absolutely requires surface acting?

Steps you can take

Look, we’re not saying that you should quit your job to save your marriage because of one study. But if this resonates with you, the researchers have some key takeaways to help you cope.

It’s the exhaustion caused by surface acting that depletes your resources, they point out.

In terms of what you can do, the authors recommend “resource recovery tactics”:

And, they point out, not everyone is drained in the same way by surface acting. Interestingly, it bothers some people less than others — for example, having a high EQ can help.

We’ve got one more idea: If this all feels a little too familiar, maybe simply sitting down and having a conversation with your spouse could help.

You could even brainstorm together ways to recharge, whether it’s making extra time for the whole family to get outside for a walk or giving you a few minutes to unwind on your own when you get home.

Keeping it real isn’t always easy (or possible). But if you’re coming home exhausted from smiling and you’re driving your spouse crazy, know that you’re not alone. 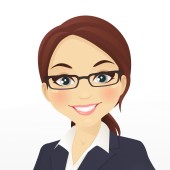