Résumé Fonts to Love and Hate

by Jorden Roper in Business 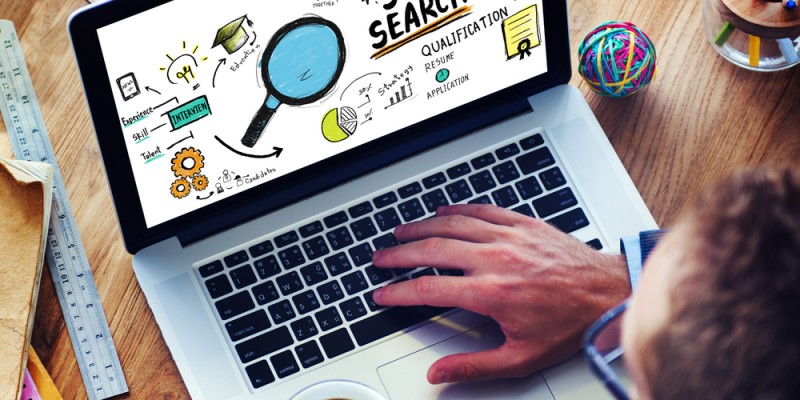 Sending a résumé to a potential employer can be nerve-wracking.

You might overthink the entire process, anxiously wondering whether or not you’ve included all the information that’ll let them know you’re the best choice for the job.

But what if you’ve been missing something major all along – something that has nothing to do with your work experience or the content on your résumé?

What I’m talking about is font choice. That’s right – the carefully selected words you’ve included in your résumé may not matter one bit if the aesthetic choice you’ve made to present those words is a bad one.

So, let’s talk about why font choice matters and which fonts you should (and shouldn’t) use on your résumé.

The way your font looks can determine whether or not your résumé is actually legible.

Since advancements in technology have changed the way we read most documents, you can be pretty sure whoever’s looking at your résumé is using a screen on a phone, tablet, or monitor. Even if you do send in a paper résumé, it may be processed through a digital scanner and be read later on some sort of device.

This is what makes your choice of font so important. Evidence from laboratory experiments has shown that when people read on modern screens, they’re more likely to have slightly lower reading comprehension.

Which means that, if your résumé is already hard to read because of poor font choice, it’s going to the bottom of the pile.

So, which typeface is best? Your choice lies between the serif fonts and the sans-serif fonts.

Serif fonts are said to aid the horizontal movement of the eye, helping us move from one word to the next with ease. But, because of the low resolution of early screens and on some mobile devices today, the more detailed serif characters are often “crowded” and harder to read.

The sans-serif fonts are so-called because they’re literally without serifs, the little “feet” the letters in serif fonts seem to stand on. And while readers once preferred serif typefaces (which are still found in nearly all books, magazines, and newspapers these days), sans-serif typefaces are much more common today. Especially on screens.

Does that mean you should never use serif fonts? Which sans-serif fonts are the best for a résumé? And which fonts should you never, ever use?

You’re about to find out.

This font is one of the more straightforwardly designed sans-serif typefaces out there. Using Helvetica, you can be fairly confident no one is going to be raising their eyebrows (or squinting) at your selection, and they’ll be able to better focus on the content of your résumé.

Helvetica will also look familiar if you use Facebook or Twitter on a mobile device. Twitter even uses a variant of the font for its full web version.

If you’re looking for a beautifully simple and easy-to-read font that’s popular among the most successful social media sites, consider Helvetica.

If you really want to stick to a more traditional serif font, try Garamond. Garamond has style without being distracting. It’s easy on the eyes and conveys an almost casual elegance you can use to bring your words to life on the page, making it a great choice for a résumé font.

So, if you’re a fan of the old-school aesthetic, try Garamond.

If you ask me, Arial is probably your safest bet for a simple sans-serif font choice.

While you won’t be displaying insane levels of personality using this typeface, you’ll quickly let the reader know that you mean business.

So, if you’re scrolling through the long list of possible typefaces and can’t quite settle on one, go with one of the most neutral fonts available: Arial.

I don’t think Courier is necessarily the worst typeface ever. It’s not exactly Wingdings. It’s actually one of the more legible fonts out there.

The problem is that it’s a monospaced typeface. Every single letter is spaced equally, instead of proportionally. This can lead to an unnatural appearance, especially on a whole page of text.

If you’ve ever come across an Internet meme, you’ve seen the Impact font before. While it isn’t unnecessarily gaudy, it is exceedingly… bold.

Don’t, I repeat, don’t use this typeface for your résumé.

The only time you might consider using Impact in a professional document is when you create a title slide in an office PowerPoint because it’s easy to read from far away. And even then, it might be recognized by some of your more web-savvy coworkers as “that font on all of the memes.”

3. Any font with excessive… personality

Some fonts are simply not meant to look professional. How do you expect an employer to take you seriously if your resume looks like a birthday card (or worse — a ransom note)?

Other fonts are disproportionately heavy and were never intended to be used in high-resolution displays. They send shudders down design experts’ spines.

That’s why I always avoid fonts like Papyrus, Brush Script, Gill Sans, and anything that looks like calligraphy or stencil. If I were considering hiring you and found one of these fonts in your resume, it might just end up in the trash.

So, no matter what font you decide to use, make sure it looks professional and is easy to read (both on a piece of paper and on a screen). That way, your résumé highlights your credentials and allows you to make a great first impression on potential employers.

Which font will you plan to use on your résumé? Share in the comments section!